Since this is my first blog post I suppose I should introduce myself.  Hello my name is Andrew DeWitt and I have recently joined the team here at InfoTrust.  I have been hired on as a developer and love everything that is Mobile Development.  I have currently taken a liking to a Javascript game engine called ImpactJS.  In my series of blog posts I show you snippets of code where I run into issues.

With all that being said lets Dive in.

While in the brainstorming process of creating my HTML5 Dart Tracking app I found myself with a problem of keeping the scores of the players even if your phone suddenly goes offline.  Cookies were one way of keeping my data consistent but with HTML 5 there is an even better solution and that is localStorage.  However while working with localStorage I found it had one unique quirk that required a bit of a workaround.  That is localStorage can only hold strings.  This was just not going to work because next to all my information that needed to be tracked was in the form of Arrays.

So after some research I found two functions that allow for arrays to be properly stored in localStorage. Below is some example code to help demonstrate the process.

// Place information into the Array

// Stringify the Array for inserting into localStorage

// Parse the localStorage in order to return

// your localStorage variable into a Javascript array

The first function you will use will be

JSON.stringify(YourArrayVariable).  This will convert your array into a string that localStorage can handle and later be parsed.

This leads me to the second function which retrieves your variable

ArrayVariable = JSON.parse(localStorage[‘NameOfArrayString’]).  And there you have it now you can store arrays in localStorage.

If you have any questions, leave a comment below or email me at andrew@infotrustllc.com 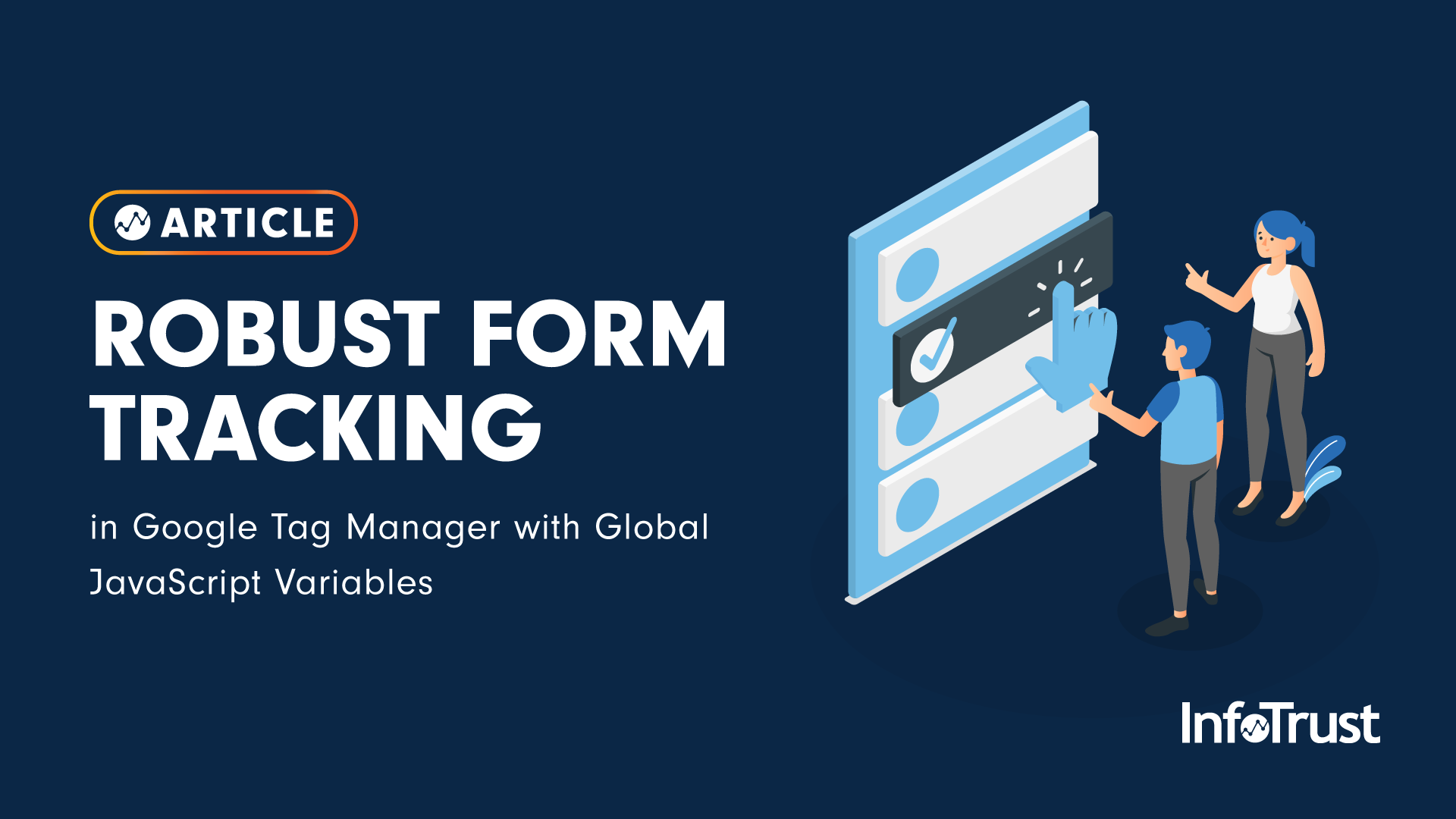 If you are new to working with Global JavaScript (JS) Variables inside of Google Tag Manager (GTM), you may want to refer to my…