How a Science Degree in Kinesiology Applies to the Tech Space 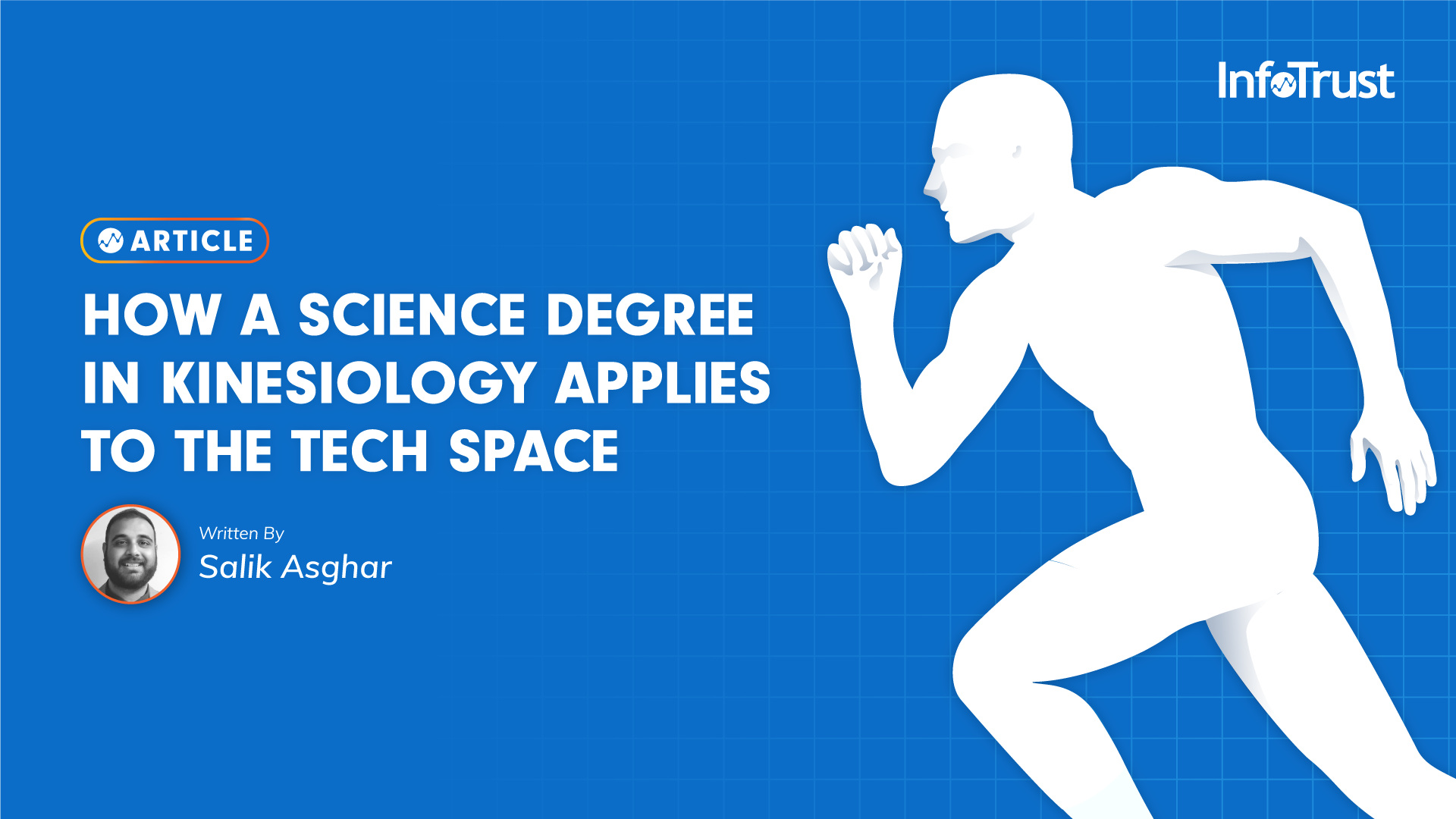 Growing up in a minority household, my parents always wanted me to be a doctor. I decided to pursue that option and I majored in kinesiology when I went to college. However, soon after I graduated, I realized that I had no interest in becoming a doctor. I wanted to work in the information technology space, instead. At first, a person would think that there is no correlation between the science field and IT but in reality they are similar.

The first class I took when I started my degree was Biology 101 and it gave me the foundation to what the advanced courses would be built on. Similarly, when someone decides to pursue a career in analytics, they have to have the basic foundation on which they can learn the more advanced concepts.

Kinesiology is the study of body movements and why joints in the body move in a certain way. We routinely had critical thinking questions on our exams. The test, for example, would ask us what would happen if an elbow is bent a certain way or what is it called when a certain muscle is pulsating because of an external force. These questions would make me think in a way that just reading a book would not have helped. I had to understand the concept and come up with a possible solution as to why that problem is occurring.

The IT field is not all that different from kinesiology. Yes, I know one is about computers and software processes while the other is about the human body and its movements. However, when dealing with a task in which a website is not properly tracking the information needed, the consultant needs to think critically about why the problem is happening and figure out what is the best course of action. In both fields, a person should be able to assess the problem and come up with a solution that fits the requirements.

While the transition to the IT space was quite different for me, it went back to what I had been doing since my first day in college: Learning new information and applying it to my work or studies. I had no idea what Google Analytics or Google Tag Manager was before coming to InfoTrust, but I was super eager to learn and figure out how to navigate through problems that may arise within a Google tag or trigger, or within a certain report in Google Analytics. Had I not developed the critical thinking skills from my days as a kinesiology student, it would be more likely that learning something new like Google Analytics would overwhelm me.

In conclusion, both fields have their own sets of challenges, but it goes back to the fundamentals of how to critically think and assess the problem or task at hand, along with keeping one’s composure. For me, InfoTrust has been the best decision I ever made from a personal standpoint as the company truly cares about you as a person and how to help you succeed professionally.

Want to make a career move?

The InfoTrust team is hiring and we can't wait to meet you!
See Open Positions
Facebook
Twitter
LinkedIn
Email 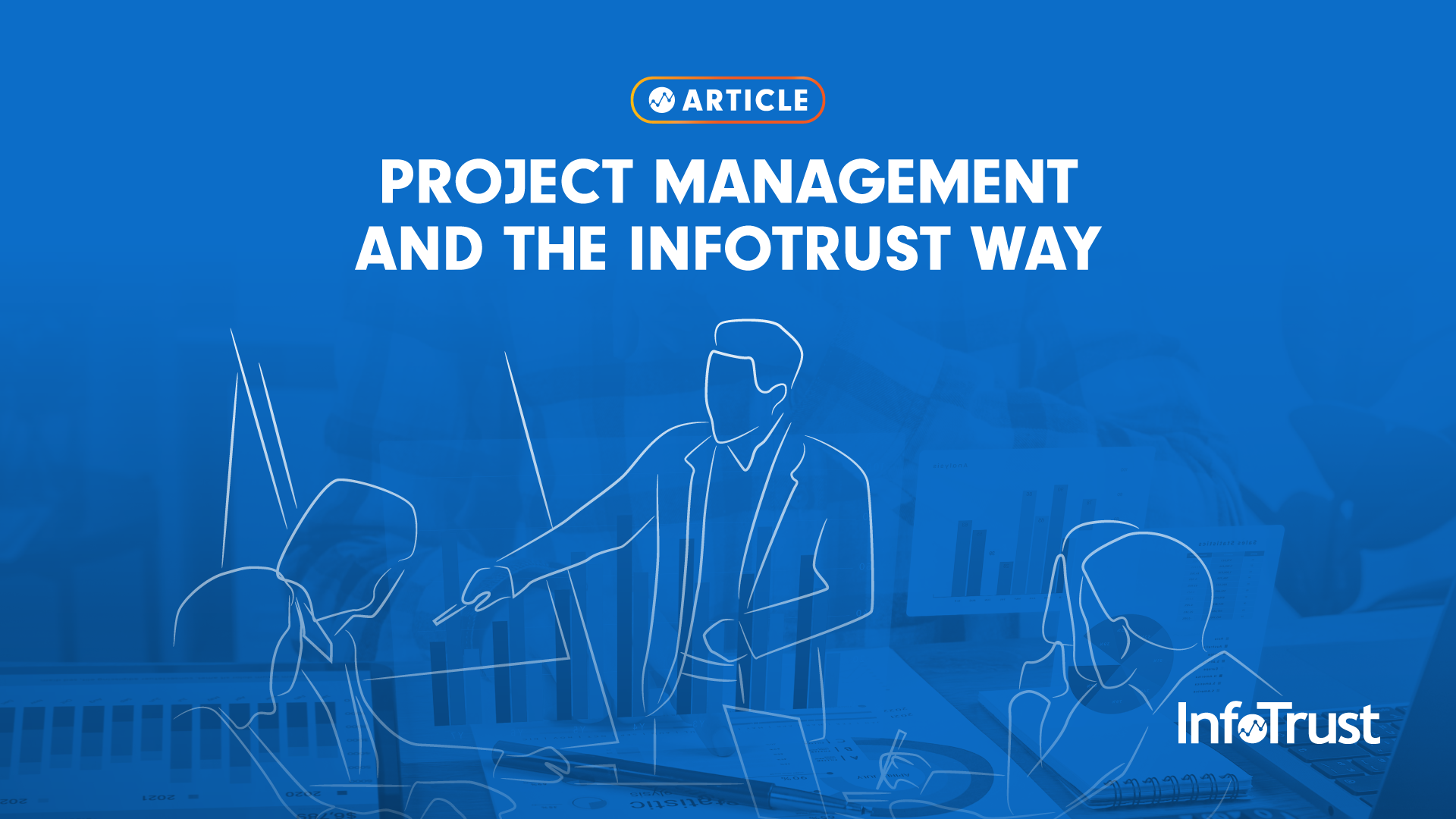 Project Management and the InfoTrust Way

Why project management? Why now? InfoTrust is an analytics consultancy and a Google-certified marketing and Cloud partner. So why would we need to venture… 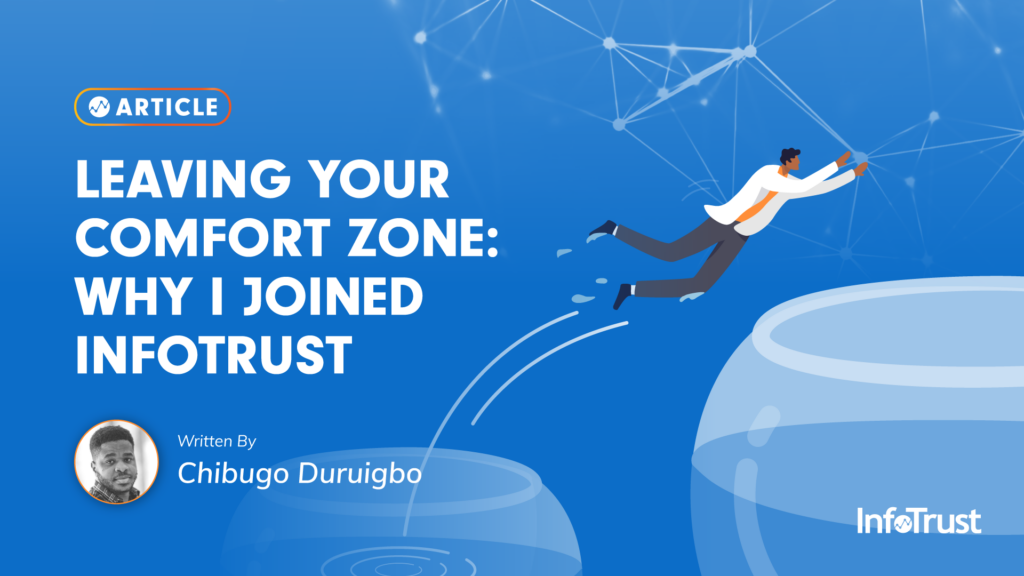 Leaving Your Comfort Zone: Why I Joined InfoTrust

July 14, 2021 was the day my never-ending smiley face started after receiving an email titled, “Offer Letter and Upcoming Start! Woohoo!” I only… 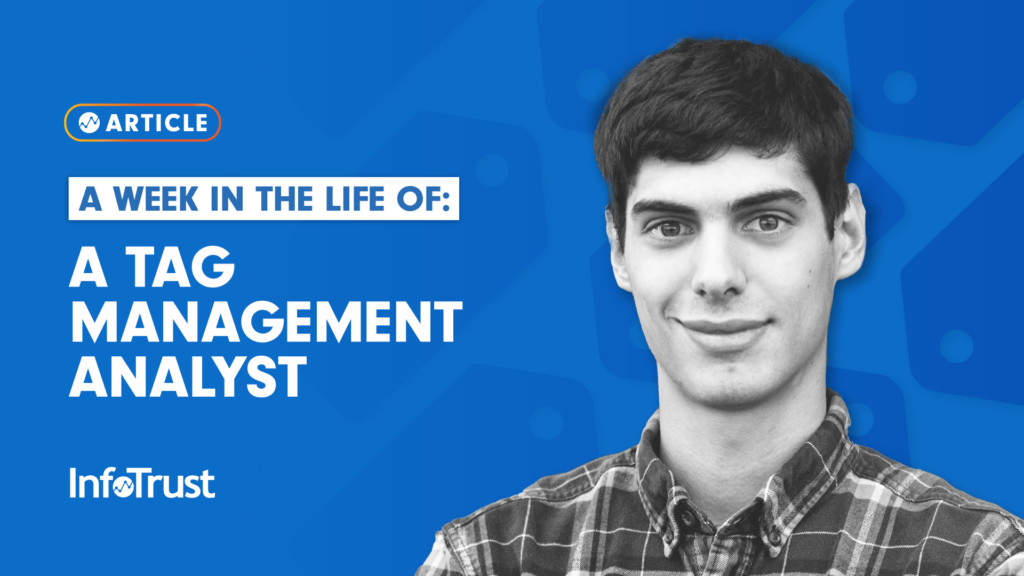 Week in the Life of a Tag Management Analyst

Hello there! I’m Stephanie, a recruiter here at InfoTrust. I’m back with another edition of a Week in Life of Series, where our recruiting… 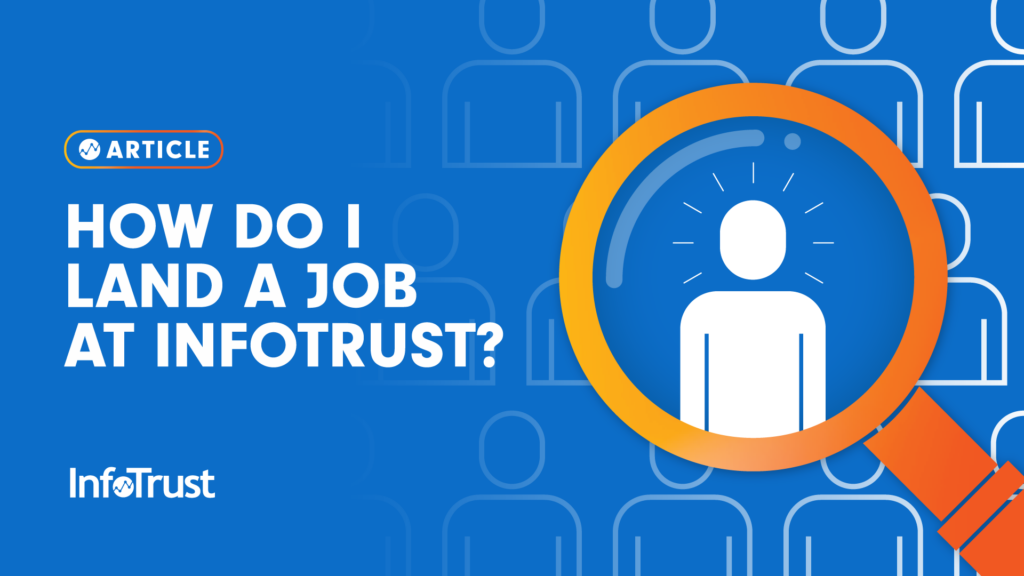 How Do I Land a Job at InfoTrust?

How does one land a job at InfoTrust? The question itself is a loaded one. There is no magic answer that I can give… 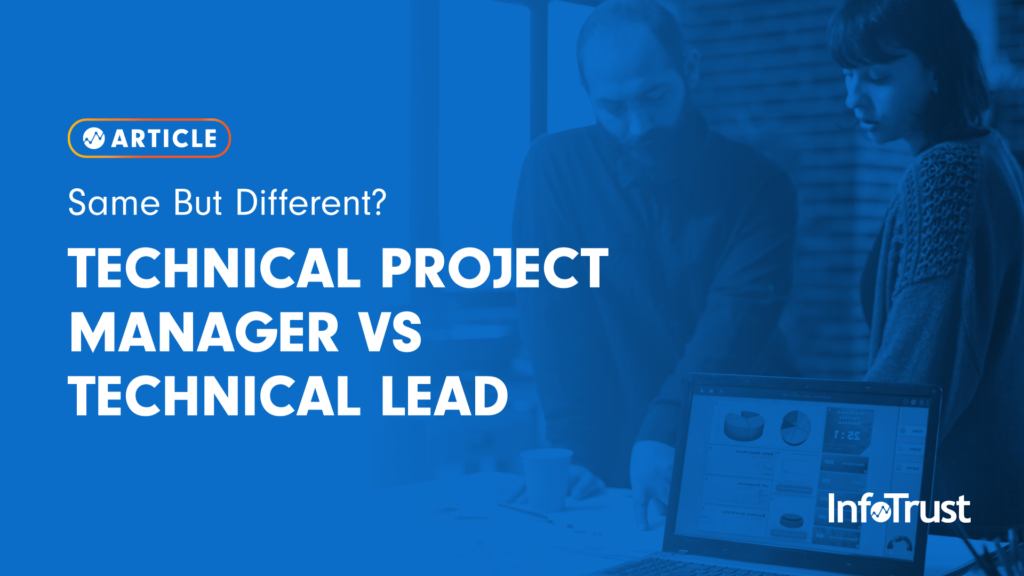 Are you interested in technical project management but not quite sure what it’s all about? There are lots of titles that can add to… 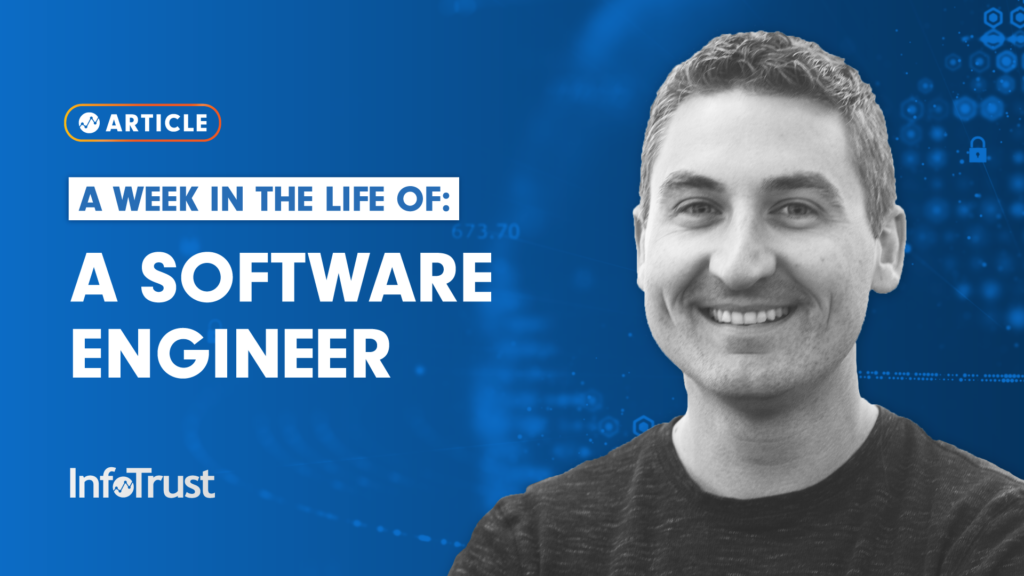 A Week in the Life Of: A Software Engineer

Hello there! I’m Zak, a recruiter here at InfoTrust. As an organization, InfoTrust has experienced tremendous growth in the last few years. As we… 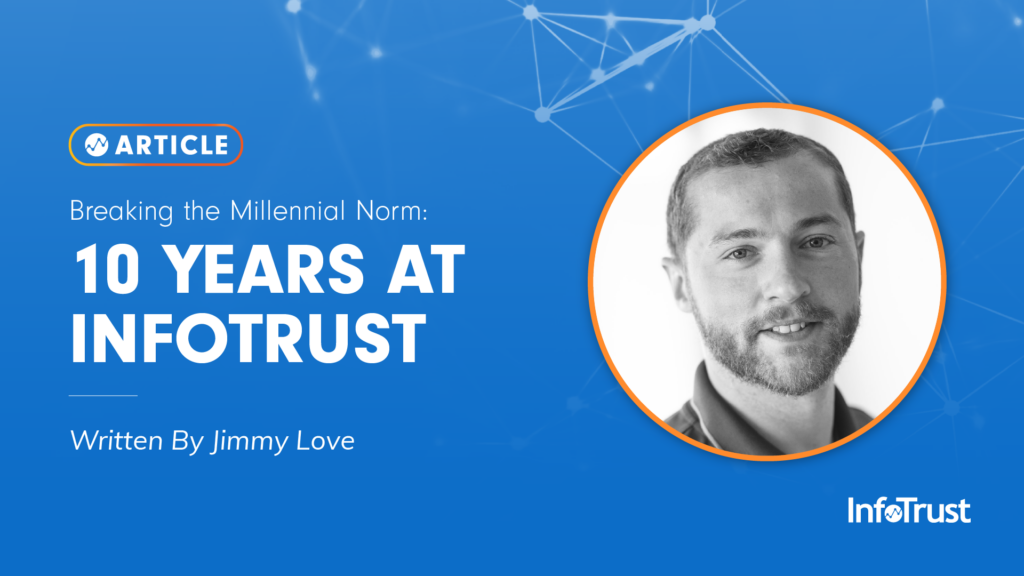 We’ve all heard the data on millennials job hopping: one in five have changed jobs within the past year, and three in five are…